In WordPress 4.2 support for Emojis was added, where a script detects older browser and add supports for Emojis in older browsers, nowadays almost all modern devices natively supports Emojis from mobile phones to desktop computers. Emoji can be considered as an upgrade or next generation of smileys, But technically smileys and Emojis are different as Emojis is natively supported in most of the modern devices such as Windows 8, OSX 10.7, Android 4.3 and iOS. Image optimization is one of the important thing in WordPress Optimization, so today I m going to tell how to automatically Optimize Images in WordPress, which will help you to boost up the loading time of your site and benefits of great site indexing by Search engine 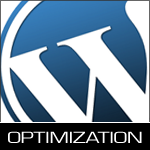 Today i m going to tell you about WordPress Optimization , Nowadays with the Craze of SEO (search Engine Optimization) People also want that their site to be Optimized , Optimization means

improving a system to reduce runtime, bandwidth, memory requirements, or other property of a system