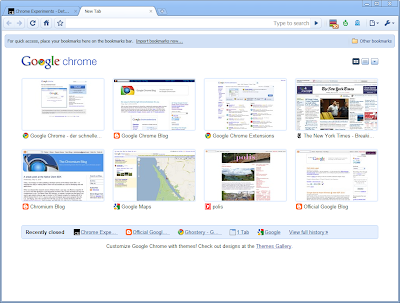 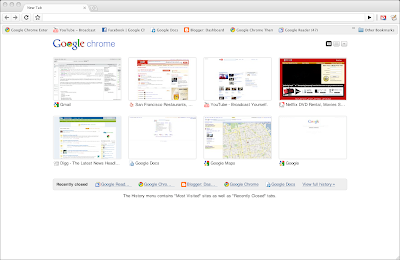 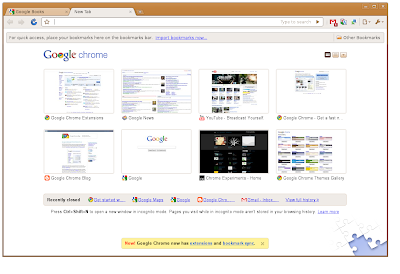 The performance bar for all three versions keeps getting higher: today’s new stable release for Windows, Mac and Linux is our fastest yet, incorporating one of our most significant speed improvements to date. We’ve improved by 213 percent and 305 percent in Javascript performance by the V8 and SunSpider benchmarks since our very first beta, back in Chrome’s Cretaceous period (September 2008). To mark these speed improvements, we’ve also released a series of three unconventional speed tests for the browser:

(If you’re interested in how we pitted Chrome against the forces of a potato gun, lightning, and the speed of sound, take a look behind-the-scenes in this video, or read the full technical details in the video’s description drop-down in YouTube).

You may also notice that today’s new stable release comes with a few new features, including the ability to synchronize browser preferences across computers, new HTML5 capabilities and a revamped bookmark manager. For more details, read on in the Google Chrome Blog.

If you haven’t tried Google Chrome since the stone age, check out this brand new stable release. If you’re already using Chrome, you’ll be automatically updated to this new version soon. To try it right away, download the latest version at google.com/chrome. 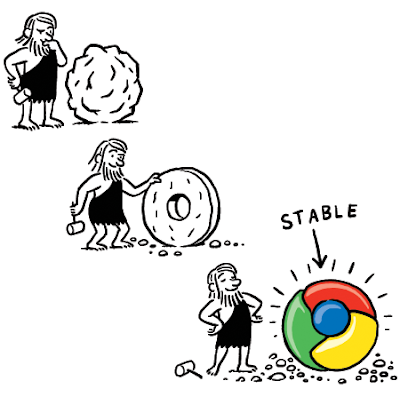