A Friend of mine at College had a problem in his Laptop. He said "My C:/ drive is not Opening with Double-Click". I immediately responded coz I had the Similar problem Once. In these cases the Drive Icon changes sometimes. So here is a Quick Solution to the Problem...

When you open C drive or other drives by double click it'll pop up Open With windows and ask you to choose the program to open that drive.?Or errors such as

Open control panel (classic view)/folder options. Scroll down advanced settings window and uncheck the "use simple file sharing".Apply and right click on the volumes in question, select properties and click on "security" tab.(You need to set permissions on those volumes in the administrator rights.)

There you'll see detailed sharing permissions/restrictions for all relevant accounts on that particular drive/file/folder. (Taking that you have administrative permissions) click on "Administrators ([computer name]Administrators)" (first one from the top) and check allow on "full control" and click "apply".

If you see your account name on the list, either remove it or allow full control. If you are only user on that PC I suggest removing it from the list, for you are administrator and comply with "administrators" permissions.

After setting the permission, click on the "advanced" button. In the first tab select "Administrators ([computer name]Administrators)" (same as before) and check the "Replace permissions entries on all child objects with entries shown here that apply to child objects" and apply

Normally when a virus infects a windows system which causes a drive opening problem, it automatically creates a file named autorun.inf in the root directory of each drive.

This autorun.inf file is a read only ,hidden and a system file and the folder option is also disabled by the virus. This is deliberately done by the virus in order to protect itself. autorun.inf initiates all the activities that the virus performs when you try to open any drive.

Follow the set of commands below to show and delete the autorun.inf

Find this key: userint.exe .make sure its value is Userinit”=”C:WINDOWSsystem32userinit.exe,If, It is not, than changed value to this value.
14. Restart your system .

Ever since the beginning of “web 2.0?, designers started creating logos or images with reflections that look pretty cool. Most of the time these images are done by professional in-house web designers which most of us bloggers don’t have the skill or access to. Fortunately there are two sites I came across that can add this effect to any image you’d like to apply it to.

The first one is called Wet Floor Maker which has several options such as angle, camera height, brightness, reflectivity, and more. Just upload your image and adjust the options to your liking and voila….you’ve got a cool new wet floor effect image. Here’s the end result of one test image I created: 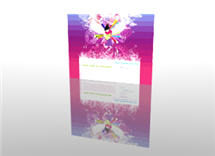 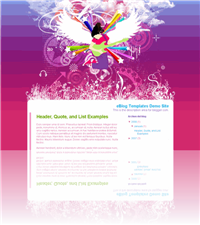 These are convenient and quick ways to create images with a wet floor effect without any photo editing experience. The one thing I don’t like about both of these sites is you can’t preview the image before you click the “create image” button. Several times the end result image wasn’t exactly what I wanted so I had to go back and start over again. Kind of a pain but since the service is free, I can live with it. Try both out and let me know which you like better!

If you are encountering the one of the most common problem of slow opening of my computer in windows xp and contents of my computer as a result display very lately then you will be surprised to know that your computer is not old or slow but there is simple fix to this problem.

Why Does My computer opens slowly ?

How to Speed up My Computer Opening ?

Go to Tools >> Disconnect the Map Drives(Network Drives) and select the network drive to disconnect.

Well this is one of the most Amazing Trick I have found out. And it unbelievable .. but yet working.
Ever thought that the CD-Key of the Windows XP disc you were looking for was just Right Under you Nose. Lets see how easily you can get it... 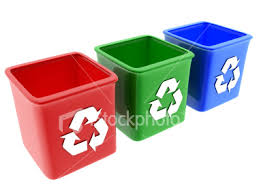 Hi Friends,
You Know We Have Covered How To Remove Recycle bin From Your Desktop Today I am Coming Here With New Windows Related Hack I am Going To Tech You How To Change Your Recycle Name.Many Of  Might Know  This Hack.It Don't Need Programming Knowledge.
To change the name of the Recycle Bin desktop icon,

To NTFS or not to NTFS—that is the question. But unlike the deeper questions of life, this one isn't really all that hard to answer. For most users running Windows XP, NTFS is the obvious choice. It's more powerful and offers security advantages not found in the other file systems. But let's go over the differences among the files systems so we're all clear about the choice. There are essentially three different file systems available in Windows XP: FAT16, short for File Allocation Table, FAT32, and NTFS, short for NT File System.

FAT16
The FAT16 file system was introduced way back with MS–DOS in 1981, and it's showing its age. It was designed originally to handle files on a floppy drive, and has had minor modifications over the years so it can handle hard disks, and even file names longer than the original limitation of 8.3 characters, but it's still the lowest common denominator. The biggest advantage of FAT16 is that it is compatible across a wide variety of operating systems, including Windows 95/98/Me, OS/2, Linux, and some versions of UNIX. The biggest problem of FAT16 is that it has a fixed maximum number of clusters per partition, so as hard disks get bigger and bigger, the size of each cluster has to get larger. In a 2–GB partition, each cluster is 32 kilobytes, meaning that even the smallest file on the partition will take up 32 KB of space. FAT16 also doesn't support compression, encryption, or advanced security using access control lists.

FAT32
The FAT32 file system, originally introduced in Windows 95 Service Pack 2, is really just an extension of the original FAT16 file system that provides for a much larger number of clusters per partition. As such, it greatly improves the overall disk utilization when compared to a FAT16 file system. However, FAT32 shares all of the other limitations of FAT16, and adds an important additional limitation—many operating systems that can recognize FAT16 will not work with FAT32—most notably Windows NT, but also Linux and UNIX as well. Now this isn't a problem if you're running FAT32 on a Windows XP computer and sharing your drive out to other computers on your network—they don't need to know (and generally don't really care) what your underlying file system is.

The Advantages of NTFS
The NTFS file system, introduced with first version of Windows NT, is a completely different file system from FAT. It provides for greatly increased security, file–by–file compression, quotas, and even encryption. It is the default file system for new installations of Windows XP, and if you're doing an upgrade from a previous version of Windows, you'll be asked if you want to convert your existing file systems to NTFS. Don't worry. If you've already upgraded to Windows XP and didn't do the conversion then, it's not a problem. You can convert FAT16 or FAT32 volumes to NTFS at any point. Just remember that you can't easily go back to FAT or FAT32 (without reformatting the drive or partition), not that I think you'll want to.

The NTFS file system is generally not compatible with other operating systems installed on the same computer, nor is it available when you've booted a computer from a floppy disk. For this reason, many system administrators, myself included, used to recommend that users format at least a small partition at the beginning of their main hard disk as FAT. This partition provided a place to store emergency recovery tools or special drivers needed for reinstallation, and was a mechanism for digging yourself out of the hole you'd just dug into. But with the enhanced recovery abilities built into Windows XP (more on that in a future column), I don't think it's necessary or desirable to create that initial FAT partition.

When to Use FAT or FAT32
If you're running more than one operating system on a single computer (see Dual booting in Guides), you will definitely need to format some of your volumes as FAT. Any programs or data that need to be accessed by more than one operating system on that computer should be stored on a FAT16 or possibly FAT32 volume. But keep in mind that you have no security for data on a FAT16 or FAT32 volume—any one with access to the computer can read, change, or even delete any file that is stored on a FAT16 or FAT32 partition. In many cases, this is even possible over a network. So do not store sensitive files on drives or partitions formatted with FAT file systems.

hope u understand the difference....

There are so many different ways to turn off your Windows XP computer, let's look at some of them:

2. Press Ctrl+Esc key or the Win key and press u two times - the fastest approach.

3. Get the Shutdown utility from Download.com - it add the shut down shortcuts for you. Else create them yourself using approach 4.

4. Create a shutdown shortcut on your desktop. Right click on the desktop, choose New Shortcut and type shutdown -s -t 00 in the area where you are asked to specify the location of the program file. Now you can just double click this icon to turn off the computer. The best location would be your quick launch bar.

5. Press the Win key + R key to open the run window. Type shutdown -s -t 00. [s means shutdown while t means the duration after which you want to initiate the shutdown process].

If some open processes or application won't let you turn off, append a -f switch to force a shut down by closing all active processes.

6. Win+M to minimize all windows and then Alt+F4 to bring the Turn Off computer dialog.

8. open task manager--->click on shutdown--->hold the ctrl key and click on Turn off::::::: pc will be turned off in 3 secs.. fastest method other than hard shutdown